The Smell Test That Picks Your Perfect Cologne

Smell is our sharpest sense, and it triggers the strongest memories and emotions. So it would behoove you to toss that bottle of Old Spice and upgrade your man-scent. So follow our advice, and you’ll be able to march out of any store with your head held high, your nostrils intact, and the confidence that you’ll never have to smell like an Eau de Amtrak again.

Basic Training
A few fragrance facts will help you make some basic decisions, says Chely Depablos, manager for the House of Cartier at Bloomingdales in New York City, who’s been helping dudes get their smell on for 15 years. The first distinction you need to focus on is the “concentration,” or intensity, of the scent. The heaviest (i.e., most expensive) to the lightest (i.e., least expensive) are perfume, eau de perfum and eau de cologne, also called eau de toilette. Most guys go for the third one.

Citrus “Eighty-five percent of men go for citrus,” says Depablos, “because it’s clean, fresh-smelling and doesn’t overpower you.” And let’s face it; nothing’s worse than coming on like a toxic waste site. Polo Blue by Ralph Lauren is a popular citrus fragrance, but the choices are limitless. For the record, citrus can offer notes of tangerine, grapefruit, cypress and even mint.

Green colognes, like Marc Jacobs Men, are sweeter and also good for everyday use.

Spicy (or woodsy), is great for special occasions or for any time you put on the pinstriped suit. Depablos recommends Declaration  or Roadster  by Cartier. “Women love its subtle notes of cardamom, ginger, cedarwood and vetiver,” she says. And in a pinch, you could use it to brew up a mean chai latte.

The Sniff Test
Now that you know what you’re looking for, it’s time to put your money where your nose is. Your tools should include your sense of smell, some index (or scent) cards, and a cup of coffee … we’ll explain later.

Once you’ve nosed in on the categories that appeal to your sensibilities, confidently announce that you’re looking for something -- you fill in the blank: citrus, green or spicy. But don’t let Serge the counter guy crop-dust you! Have him spritz your scent cards with a few different offerings, and give each a good whiff. In between each, take a sip of coffee (or least a sniff) to reset your sense of smell. When you’ve got it down to two or three that you like, then dab it on your hand or wrist and see how it smells on you.

It’s true: Every scent smells a little different on every body. So to avoid buying a bottle of $150 Raid, you’ll have to test it on your skin before leaving the store.

Class up Your Image With Investments in Art 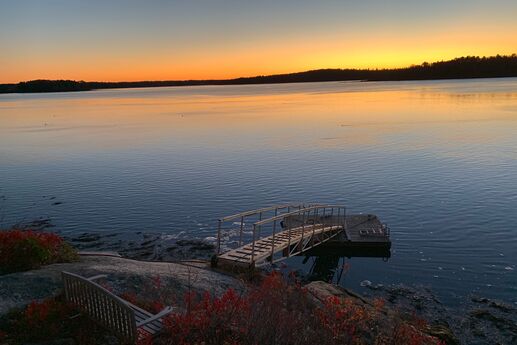 Even if your biggest foray into this mysterious world of the rich and famous has been lining your studio apartment with “Dogs Playing Poker,” fear not: Once you grasp the basics, you can upgrade your artistic sensibilities -- without breaking the bank.

“Novice collectors should start by visiting museums, reputable auction houses and art galleries and simply getting a feel for what you like,” says Elaine Erickson, a veteran art dealer and the owner of the Elaine Erickson Gallery in Milwaukee, Wis. “You may have heard of names like Andy Warhol, for instance. Do some research on his background, become familiar with his style, and find out what his work was all about and what it’s selling for today.” To further develop your art appreciation, check out sites such as Cow Art and More (seriously).

Afford Originals
You don’t need to be Bill Gates to buy original artwork. According to Erickson, one of the more reasonably priced items to collect are original prints -- lithographs, etchings, etc. -- created by an artist’s own hand in limited editions. “I think that if people are going to buy artwork, it’s imperative that they buy original. But there are an awful lot of fakes out there, and you want to avoid things like giclees (i.e., expensive reproductions of artwork made on professional ink-jet printers). It’s important to do your homework about what it is that you’re buying, what it’s really worth and who it is you’re doing business with.”

Determine Value
The true value of any piece of art isn’t necessarily reflected in its price. Erickson warns that if you go into a gallery and find an expensive painting or a sculpture that you just can’t live without, make certain you research it before you write any checks.

“Investigate both the artist and the gallery selling the work,” she says. “If the gallery carries the artist’s work exclusively, ask the owner what their work has sold for in the past. There is also plenty of information available in books and on the Internet that list artists, their work and what it has sold for at auction.” Appraisal sites, like FindArtInfo.com, can be your best buddy when you want to make sure you’re not ponying up too much payola for your purchase.

Collect the Art You like
Unless you plan on stacking your new piece in a storage locker, you’d better be able to stare at it for years to come. So even though you might be collecting pieces of artwork in the hope they’ll increase in value, you never know when that time will come. So invest in something you can enjoy. “People should always buy art that they like”, says Erickson. “They should never let someone else tell them what to buy. They have to live with it, they have to pay for it and they have to hang it in their homes.”

Cashing In
If you are buying artwork as an investment, stay abreast of the market by closely following the careers and progress of the artists you’re interested in and whose work you’ve purchased. “You should have your artwork appraised periodically for insurance purposes,” concludes Erickson. “The appraiser will give you an accurate idea of the market value; if and when you’re ready to sell, a good auction house will probably get you the best price.” Sites like ArtCollecting.com are a good resource for identifying and contacting accredited appraisers to give you a professional assessment.